Are You Dating A Psychopath? 2 Non-Verbal Warning Signs To Look Out For 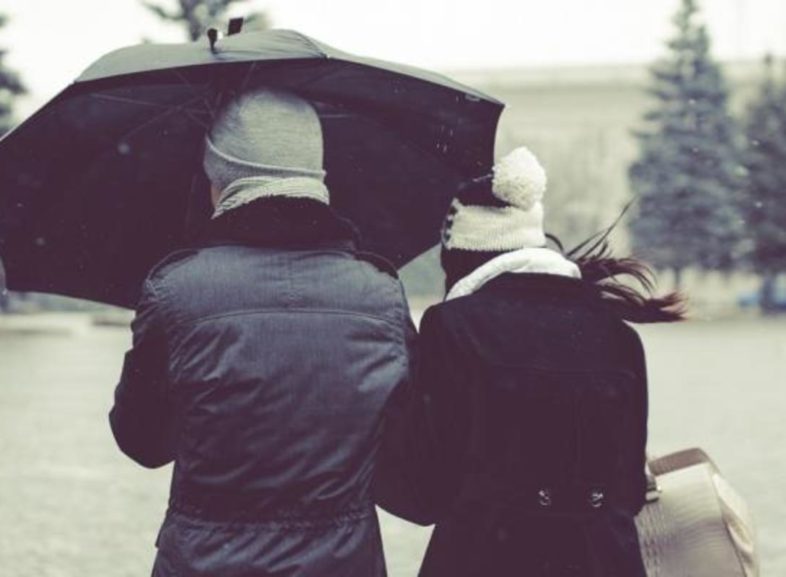 Would you know how to spot a psychopath? In the early stages of love and attraction, it can be easy to overlook or misread the warning signs that tell you to stay away. Despite their often charming and charismatic appeal, psychopaths often leave a trail of red flags. You just need to know what to look for. In this episode of The Love Destination Expert Series, The Celebrity Profiler Alan Stevens reveals 2 signs that you could be dating a psychopath.

1. CIA: They Charm, Isolate and Abuse

“A psychopath is somebody who’s very gifted at being able to connect to people. They use the 3 initials CIA. They charm, they isolate and they abuse,” explains The Celebrity Profiler Alan Stevens.

“One of the first things to look at is their behavior. Once you’ve met somebody how are they actually treating you?

Are they coming out with you with your friends or they start to pull back? Do they try and get you away from your friends?

A psychopath gets their power out of controlling. So their thing is “How can I get you away from everybody else?” cautions Stevens.

When it comes to love, actions speak louder than words and someone’s facial expressions can reveal a lot about how they really feel as Alan Stevens explains.

“In terms of their facial expressions, look for those little twitches which might be contempt, disgust or anger. If you’re talking to them about going out with friends, watch the expression on their face. Does it correlate with what you’d like to see from them?

Actions speak louder than words explains Stevens, “If they are then pulling back and trying to keep you all to themselves or highlight your insecurities there’s bound to be a reason for it. So take the time to actually step back and not rush into it but think about a little bit more.”

3. What are their micro-expressions really saying?

“When it comes to micro-expressions, there are three that you particularly need to look for, (particularly if you’re looking at a psychopath or wondering how safe you are with them) and they contempt and disgust, but also the smile itself,” Stevens told The Love Destination Expert Series.

“Contempt is where a person briefly raises one side of their face, just that one side rising up quickly on the one side. The other one (to look out for) is disgust. You’ll see a raising of and crinkling of the nose and the pulling up of the mouth. If you see those two expressions from the person you know that they don’t think very much of you at all. If you’re getting that from your partner or the person that you’re with, just be careful of what’s going on,” explains Stevens.

4. What their smile reveals

“The other facial expression to look out for is their smile. If the smile isn’t genuine there’s none of the crinkling here at the sides of eyes, these little lines that come here shows a person is really enjoying a conversation. So if you just get that little smile on the face that doesn’t have any reaction up here (points to eyes) you know it’s a social smile and that it’s not really meant. So you can look for those indications when you’re talking to know whether they’re genuinely interested. But if you see the micro-expressions reveals contempt or disgust, be careful,” said Stevens.

Alan Steven’s top tips on how to avoid dating a psychopath:

1. Beware of the Charmer. It’s reasonably accurate to say that if he/she sounds too good to be true, be on your guard. An abuser operates by the code CIA. They:

2. See how do they react when you take time for yourself?

3. Psychopaths know what you personally need in your life and they will appear to be your perfect soul mate and you’ll want to be with them all of the time.Read Micro Expressions and Body Language. Ask yourself if they are congruent with the situation.

4. If you suspect your partner is a psychopath ask yourself does the person try to;

Proudly brought to you by EK Life. Living and enjoying your best life at every age.

Alan is known as the Celebrity Profiler and Australia’s leading personality and business profiler. He has been featured on National TV profiling the likes of our leading politicians, TV and sports stars as well as Britain’s Royalty.

He works with businesses to help them grow and maximise their profits through Advanced Personality and Character Assessments utilizing Interdependent Visual Profiling. With the number of profiles running into the thousands Alan’s services are unique and unrivalled in the field of reading people.