Eight Things You Should Never Say To Your Partner 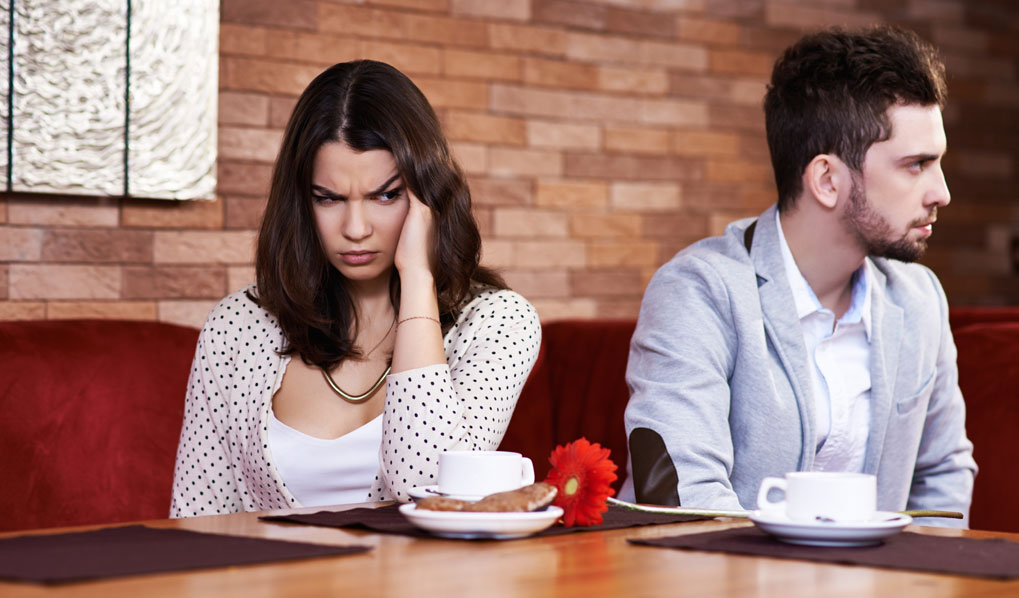 There are some things you should never say to your partner (or least avoid…if you can). We all know that relationships thrive on communication and understanding, but sometimes that can be easier said than done. We’ve all been there. In the heat of the moment, it’s all too easy to lose your cool and say things that we later regret.

So how do we express ourselves and communicate in a loving, open and honest way when we’re mad?

Here are eight things you should never say to your partner and what you might try instead:

When it comes to relationships silence is not golden. Bottling up your feelings and letting your frustration and anger build like a pressure cooker alienates your partner and that’s bad news for your relationship. Suppressing your true feelings builds resentment, friction and can lead to both an emotional and physical gulf between couples, where neither feels understood, acknowledged or appreciated.

Instead Say: Being honest and communicating helps you and your partner to express your feelings, get your issues out can actually bring you closer emotionally and physically (after all there’s nothing quite like make-up sex). Be precise about how you’re feeling and ensure that you include what they did or didn’t do, when / what situation it happened in and how it made you feel. “When you _______ it makes me feel ______…”

For e.g. “When you said I couldn’t cook in front of my friends at the last night I felt really embarrassed and humiliated” instead of “you make me feel stupid”.

2. This is the way I am and I’m never going to change

A healthy relationship thrives on communication, honesty, understanding, trust and of course a healthy dose of compromise. You may not see eye to eye but in order for the relationship to work you need to trust that your partner cares about you and to acknowledge their point of view, wants and needs. By shutting him down you’re saying I don’t value you enough to compromise or even acknowledge what you have to say.

Instead Say: If your partner highlights your faults (for example you’re always late), listen, be understanding and try to understand where they’re coming from emotionally. Be honest with yourself. Do they have a point? Acknowledge their opinion and be prepared to compromise.

If it’s something that’s difficult to hear or hits home be honest about what you’re feeling. Start with “I understand where you’re coming, (and how it affects them) and I can see how my being late can be really frustrating…”

WATCH NOW: How to fight fair with your partner

Passive-aggressive comments like I’m fine (when you’re clearly not) create an atmosphere of tension, stress and resentment and can drive a wedge between couples, turning small disagreements into full-blown arguments. Bottling up your feelings creates a whole new set of issues and frustration.

When you don’t talk or give vague one or two word answers you’re creating an atmosphere of tension and sending him a clear message that you’re not interested in connecting with him, which can make him feel anxious, rejected and hurt. Men and women communicate differently so if you’re talking to a man keep it short and precise and if you’re talking to a women go for detail Your partner isn’t a mind reader and unless you tell them what you’re thinking they won’t know.

Instead: You might be angry but pushing him away isn’t going to help. Instead when he asks you what’s wrong use it as an opportunity to be honest about your feelings. Be honest about how you feel but don’t play the blame game or laden everything your say with double meanings. You might say something like: “Actually there is something on my wind, then be specific about what they did or didn’t do, when / what situation it happened in and how it made you feel.

If either of you is stressed or angry it may be better to agree to postpone the discussion so that you can regroup (and avoid a cracker of an argument!!). Instead of walking out or giving him the cold shoulder say “I’m sorry I just need a couple of minutes to get my breath back. I’ll be right back and then we can talk.”

4. I wish you were more/less like [insert ex’s name here)

Your partner doesn’t want to hear about your ex let alone be compared to them.

Comparing them to previous partners can damage his self-esteem and sense of security and leave him feeling as though you still hold a flame for your ex or are considering going back to them.

Instead: There really is no instead on this one, just don’t go there…EVER! If there are issues in your relationship address them honestly and remember to be specific about what it is that you feel.

When you’re frustrated with your partner or the state of your relationship it can be tempting to bring up everything they’ve ever done or all of their faults but that’s not going to help solve your issues. But it might just make him question what it is you actually see in him and make the problems in your relationship seem bigger than they actually are.

Instead: Define the issue – what are you really upset or frustrated about and be specific (don’t bring up all of their faults and everything that has annoyed you about your partner in the last week).

6. Maybe we should just break up

Couples in toxic relationship often use intermittent reinforcement, the old treat them mean keep them keen without even realizing it, keeping their partner hanging on by giving snippets of love and affection then threatening the relationship or making their partner feel insecure. This behavior followed by intermittent reinforcement plays on your insecurities and triggers the dopamine system in the brain associated with addiction and pleasure. Winning back the affection of your partner and their approval becomes an addiction.

Instead approach your partner in a loving, graceful non-confrontational manner and be honest about what you’re really feeling. “In an effort to honor our relationship, I need to tell you the truth…”

7. You’re just like your friends or I can’t stand your (insert mum, friends, family here)

It might be in the heat of the moment, but there are some things that you can’t take back. Never bag your man’s friends or family during an argument, bring up his weaknesses or ask him to pick a side. You may not get along famously with everyone in his life but if you care about him be open minded and respect his friends and family, relationships and the choices he’s made.

Instead: Define the real issue and keep his friends and family out of it! If things get out of hand and you say or do things that you regret say sorry, or take a few minutes out in order to regain control. Think before you react and if you’re prone to shooting off and saying the first thing that comes to your head, count to 5 before you speak.

8. My friends were so right about you.

While it might feel like you’re proving a point (and calling in the backup), making him feel as though your friends don’t like him or have been talking about him being his back isn’t going to do wonders for his ego or your relationship. Not to mention the detrimental effect it will have on his relationship with your friends. Forget double dates and dinner with friends, bringing your friends into it is a recipe for tension and resentment and something you’re bound to regret.

Instead: Define the issue and be honest about how you feel without bringing others in to it. If things go out of hand, take some time out in order to regain control.