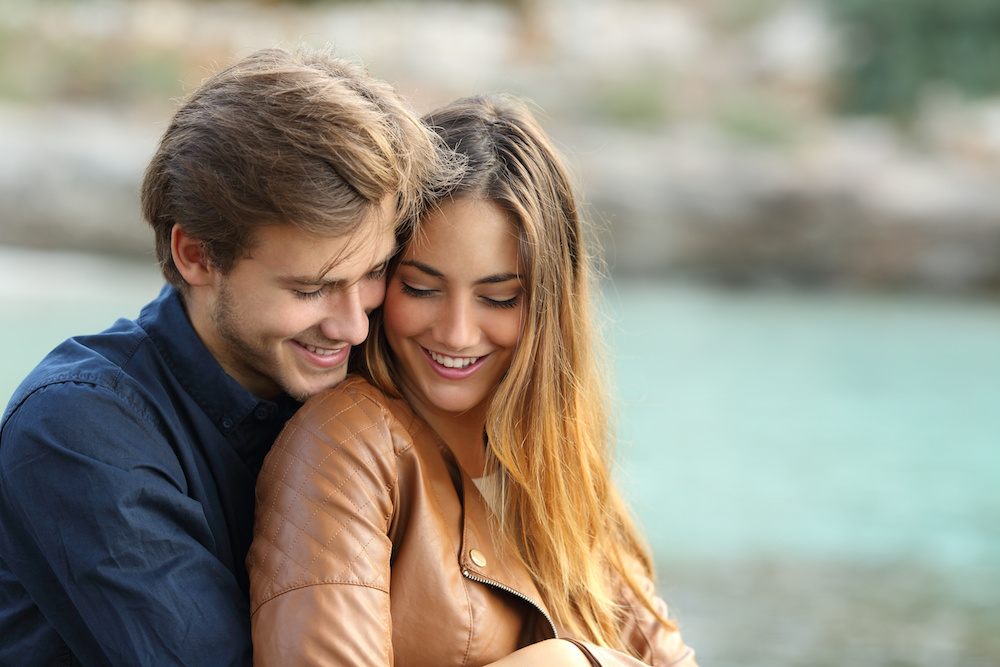 You’ve met a great guy, he’s cute and the conversation is flowing like a good bottle of wine. With each passing hour the attraction factor goes up a notch until you can barely breathe. The mere sight of his crooked smile sparks an endless wave of butterflies in your stomach. You’re pretty sure he likes you, but he’s sending you mixed signals. So how do you know if he’s being friendly or flirting? Here’s how to take it from friendly to flirting in less than 60 seconds.

So, how can you tell if he’s flirting or just being friendly?

Follow these proven steps to turn up the heat from friendly to flirty in and learn how to decipher they’re mixed messages once and for all.

Step 1 – Get up close and personal

The quickest way to gauge someone’s interest in you is to step into their personal space or closer than an arms length away for most people. Unlike eye contact, it’s not something you can do from the other side of the room. So if you’re more than a metre away from him, it’s time to reposition yourself into a prime flirting possy.

He’s not interested – If he begins to resemble a caged animal and starts moving from one foot to the other, takes a step back, twitches or avoids eye contact, he’s either chronically shy or uninterested. Either way you’ll be fighting an uphill battle if you pursue him further.

He’s interested – On the other hand, if your advance is met with a smile, touch, or if he tries to get closer to you then proceed to step two.

You can do this using the four second face scan, repetitive darting glances, or by maintaining eye contact. Just remember to look away after four seconds or you might scare him off. Just don’t forget to look back.

He’s not interested – Things aren’t looking good if he breaks eye contact and scans the room (he’s checking out his options), or keeps his eyes glued to his shuffling feet, (he’s already on the starting block and will take the earliest opportunity to get out of there).

He’s interested – If he maintains or increases eye contact, let’s his eyes wander or linger on your mouth, you’re on.

Rather than gently brushing past him, gently touch his hand or the base of his arm.

He’s not interested – If he flinches, moves away (even slightly), becomes tense or gives no or little response, chances are he’s not keen but doesn’t want to offend you.

He’s interested – If he responds to your touch with a touch or better still leaves his hand on yours whilst talking to you, things are looking up.

Step 4 – The whisper and lean

Stand at a forty-five degree angle, with your shoulder barely touching his, lean in and whisper, gently brushing your arm against his back to steady yourself. It doesn’t matter what you say as long as it’s said softly.

He’s not interested – If he doesn’t lean in but takes a step back or leans back, looks at your arm with a concerned or blank expression on his face or brushes your arm away. If you’ve made it this far, there’s still a chance he’s interested but has issues with personal space so take the flirting down a notch and let him lead the way.

He’s interested – Progress to step five if he moves his head closer to yours (extra brownie points if your heads touch), responds to your touch with a touch or maintains eye contact.

You can cut the sexual tension with a knife, your heart is pounding and your breath is caught in your throat making it almost impossible to breathe. If his gaze on your mouth makes you tingle with anticipation, reposition yourself so that you’re face on, foot pointed between his legs and hold eye contact for up to four seconds before letting your eyes linger on his lips. (He’ll unconsciously interpret this as a signal that you’d like to kiss him.) What you do next is up to you.