Is Kissing The Ultimate Relationship Boost? 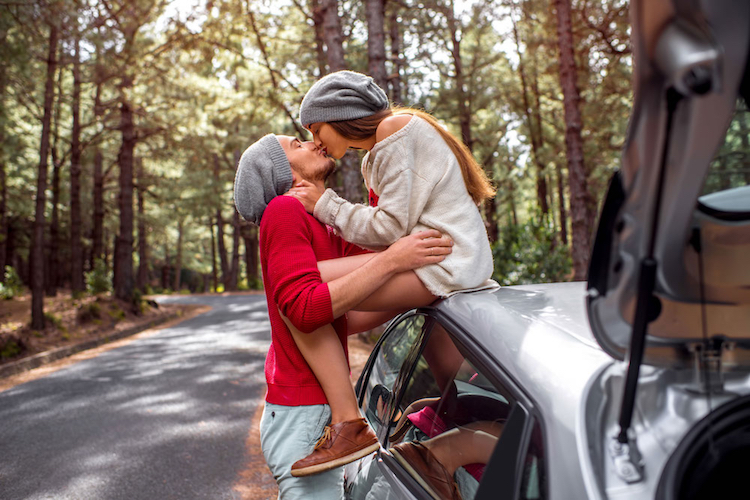 In conjunction with International Kissing Day today, new research by Australia’s most trusted dating site, eHarmony, reveals the importance of kissing in both initial chemistry and relationship success.

“Kissing can increase attraction, boost oxytocin (the cuddle hormone that induces connection and intimacy) and reduce conflict and stress. Therefore, couples who kiss frequently are also more likely to feel happy and connected as well as experiencing additional benefits from increased touch, eye contact and intimacy. It is such a small action that can reap big rewards for couples,” said Katia Loisel, Body Language and Kissing Expert, on the findings.

Keeping your lips on lockdown is not the only thing that may spell relationship doom; skill is also important, with one in five Aussies admitting they would break up with someone if they were a bad kisser. Well-honed kissing skills appear to be more important to women, who are twice as likely as men to break up with a bad kisser.

“Numerous studies have shown that women place more importance on kissing than men and use kissing as a form of mate selection, and a way to initiate, maintain and evaluate the health of their relationship. Whilst a bad kiss can be a deal breaker, a fabulous kiss can be a game changer with studies showing that a good kiss can actually make you appear more attractive,” said Loisel.

While bad breath is the number one ‘kiss-breaker’ according to 68% of the population, followed by too much saliva (24%), and sloppy or noisy kissing (14%), over half (59%) of Aussies agree compatibility is what’s really important when kissing.

Further illustrating the significant role smooching plays in relationship success, almost half of Australians want to gauge kiss compatibility early on in courtship with 43% revealing they kiss on the first date and 25% admitting they won’t go on a second date if the kiss is bad.

“For most people, their very first kiss is an emotionally intense experience; a heady combination of nerves, anxiety, anticipation and excitement. The exchange of sensory information during a kiss provides non-verbal clues about the other person, their genetics, compatibility and level of commitment. These clues affect how attracted we feel and help us make a subconscious decision as to whether to go for round two or pursue a relationship,” concluded Loisel.

To help those looking to increase their chances of scoring a snog today on International Kissing Day, the research also revealed the top three qualities that inspire Aussies to pucker up. Trumping physical attributes, Australians have said a great personality (72%), chemistry (69%) and a great sense of humour (60%) are the top three qualities likely to get you a pash. But don’t forget your toothbrush! Good and clean teeth are still very important for 46% of Aussies.

There’s always a better way to do things. And after 35 years practicing as a clinical psychologist and counseling thousands of married couples, eHarmony CEO and founder Dr. Neil Clark Warren came to believe that there was a better way to finding love than letting luck determine your fate.

From his experience in clinical work, Dr. Warren observed that if people were matched based on compatibility they would have more satisfying relationships.

These early observations eventually led to the launch of eHarmony in 2000, a dating site which put personality at the centre of its matches. eHarmony scientists studied thousands of couples, working with them to understand what makes for happy, long-lasting relationships. With their results eHarmony developed its unique 29 Dimensions of Compatibility, a breakdown of individual characteristics which form the foundation for eHarmony’s patented Compatibility Matching System®.

Unlike other dating sites, eHarmony narrows down the world of possibilities to a personal A-list of meaningful, compatible matches that get singles closer to finding a meaningful relationship.