Help I’m Hurting! Open Relationship Led to My Girlfriend Getting Together With Her Ex 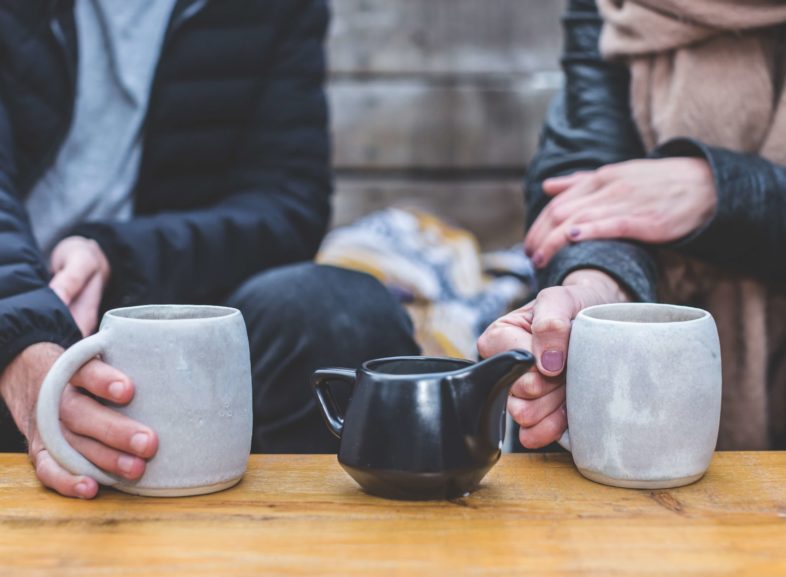 Ask an Expert Question: Help I’m Hurting! Open Relationship Led to My Girlfriend Getting Together With Her Ex.

My ex girlfriend is a very above average girl. I know this is cliche but she is really not like any other. She thinks about the universe, things that normal people do not. Lately she has been saying that she wanted to try an open relationship, and I did not. Throughout our entire relationship of 1 year, I have been begging her not to talk to her ex. And she is a very loyal girl, so she didn’t. She told me that she really wanted to try the open relationship, and I loved her too much to just let her go.

Well in the open relationship she could do whatever she wanted, and she became sort of friends with her ex. Now throughout the open relationship she didn’t owe me anything and she could pretty much do whatever she wanted. I wasn’t feeling too good about the relationship so honestly I did not talk to her that much, then suddenly I woke up to a text where she said that she wanted a break. I met up with her a bit later, and she told me that she needs to not be in a relationship right now. Obviously I think she eventually does, but just not with me, (i am suspecting her of covering up stuff to not hurt me).

My anxiety was sky high

At this point I couldn’t handle it at all, and I started calling her, and my anxiety was sky high. I told her that if just we could be together it would mean the world to me, and she said she would think about it. Then just this Friday she told me that she was going home after a party.

The next morning I casually checked snapmap which tracks all my friends. She was in another house, and I am pretty sure it is her ex. She indirectly admitted to me that she had sex with someone else, but she didn’t tell me who. The thing that hurts me is that when i asked her what she was doing she lied and told me she was at home.

I have been trying to google a lot and watch at least 3-4 hours of videos. Almost all of them suggest the no contact rule this is where I only respond when she reaches out to me.

What do you guys believe is the right thing to do here? Obviously I am hurt that she would just casually have sex with someone else, but the relationship was open at the time, so she did not do anything wrong to be fair, but that doesn’t mean that it still hurts me.

Thanks for your time.

GOT A QUESTION? Click here to ask one of our experts

I wish I could say to you that all will be well in time, that your ex girlfriend will come back and you will be able to pick up where you left off – before you both agreed (you reluctantly) to an open relationship. But quite simply, based on the information you have provided, I don’t believe this will happen. Neither of you seem to be in a happy place at the moment.

Firstly, it seems that an open relationship is not for you. You can’t fake this. It either is or it isn’t. But you wait hopefully that she will come to the realisation that you are the person that she should be with. Wishing for something does not make it true.

It’s not about right or wrong.

It’s not about right or wrong. A relationship is a two way street and we need to be able to trust, feel safe and cared for. I’m not hearing you say much about this; trust issues have been there for a while it seems. If trust is broken in a relationship it requires both people to be willing to restore it. If you believe that she has lied to you, then trust can only be restored if both of you are willing to be totally transparent with each other. If she can’t agree to this then it is unlikely that you will be able to trust her moving forward.

There is only one hope that there is a future for the two of you – and definitely no guarantees. Stop pursuing her. If she is a free spirit she will only resent you for monitoring her. She has told you she doesn’t want to be in a relationship right now. You are hurt – love does hurt. Respect her decision by stopping contact. But let her know how you feel before you do. Give her space and only then will she be able to decide who she chooses to be with – it might be you or it might not. Being with her now, while she is ambivalent about being with you, will only add to your confusion and pain and worsen your anxiety in the long term.

Try to spend time with people you care about – maybe family or friends. Rather than spending time researching answers – start living by getting out and about. Time does heal and this means giving yourself space and distance to start the healing process.

I also want to make a point about open relationships and values. Open relationships need a particular mindset and are not for everyone. If it is something that you and your partner wanted to explore together I would say that in the long term there are benefits. However, you say that this is not something you wanted to do.

I cannot see that there is a positive side to you being in an open relationship – except for the hope that she will tire of this and come back to you exclusively. But in the meantime you are experiencing a world of pain. It may be better for you to let her know that you can’t be in an open relationship – be clear about where you stand on this – and this will lessen the confusion about your commitment to the relationship. Basically a relationship is about two people and a healthy relationship is one that makes you a better person. Is this true for you in these current circumstances? I wish you all the best Mark – stay true to you.

Bernie Beyer is an experienced health professional, psychotherapist and relationship counsellor with extensive experience in assisting families with their interpersonal issues. Through discovery of many different mainstream and alternative therapy methods, she has been able to effectively create and manage a flexible counselling ideology, which has helped many couples and families drastically improve their relationships.

Bernie’s has a Master’s Degree in Couples and Relationship Counselling , and has pursued other areas of enquiry to complement her skills, including art therapy, tantra, sexual and reproductive health, personality profiling and family law mediation.

Bernie has stated that her inspiration for her work comes from a deep seated desire and commitment to seeing relationships flourish. In our 21st century society it can be hard to maintain and sustain relationships which are dependent on one another’s unconditional love and trust. This is why Bernie believes that it is completely healthy and normal to seek advice and assistance, when dealing with complex issues in a difficult time.

On this basis she is the founder of The Melbourne Relationship Centre. MRC was formed to offer clients who are experiencing sexual or relationship problems, separation or divorce, a service to help people find solutions in an honest and caring environment with expert professional support. MRC also offers support to singles who are genuinely seeking new relationships.