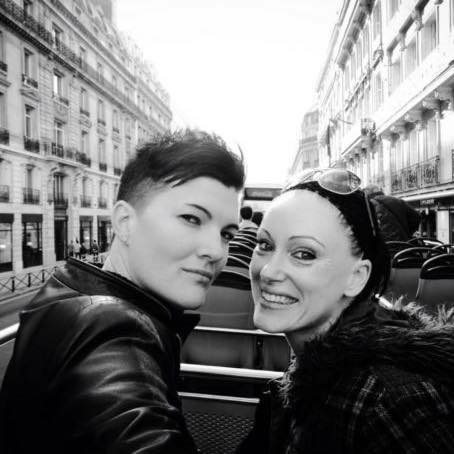 It was that moment that I knew she was the one. She was it. This was the person I was going to spend the rest of my life with. Time stood still when I saw her.

In 2011, I started dating a girl. Looking back, it really was a rebound situation for the both of us. I had recently moved from NSW to QLD after my previous relationship fail. I wanted to start again, hence the move up north. I dated a girl for about 4 months when we called it quits, we both knew it wasn’t working and I had too many scars and war wounds from my previous relationship that I had to work on. When I looked in the mirror and asked myself if I would date me, I knew I had to cut ties and develop a relationship with myself first. Thankfully, we remained friends.

It was during this time of transition that a new person popped up.

This would go on for 5 months. Popping up here and there.

I would forget about her, until she popped up again and I was left wondering. I never asked my ex who she was as I didn’t want my ex to think that I liked her. I didn’t like her, I didn’t even know her, I was more curious of how she fitted in to the equation.

In the meantime, I had met another girl that I started casually dating, although this particular girl was more interested in me than I was with her. I had worked through my issues and was feeling great and the time was right to share my moments with someone. I knew I wasn’t as serious about her as she was with me and the further she wanted to push our relationship, the more I would resist, however I was enjoying myself and we did have fun, so I continued.

One night my new girlfriend and some of my other friends decided to go out one night. We are all lesbians, so we went to the local gay pub where other friends happened to be. It was a great night, purely unplanned and all of us just happened to be at the same place at the same time. We took lots of photos and partied up a storm as it is rare for everyone to be together. As I was coming out of the bar area to outside where we were all sitting, there she was.

The mystery girl was 5 meters in front of me talking to a mutual friend.
I stood in the doorway of the bar, staring at her.

I couldn’t hear properly, everything sounded muffled and I stood there, not moving and just staring at her. She looked up, probably sensing that someone was staring intently at her and I started walking towards her. We both looked at each other and said hi.
It was that moment that I knew she was the one. She was it.

This was the person I was going to spend the rest of my life with. Time stood still when I saw her.

I instantly broke up with my girlfriend, and she broke up with her girlfriend. Was it love at first sight? I don’t know. I can’t explain the feeling I got when I saw her. It was like the moment I saw her I thought “There you are, I’ve been looking for you”.

I possibly could’ve created her to manifest, as my ideal partner needed to have certain traits. Taller than me, brown hair, blue eyes, tattoos, piercings, brown skin, star sign Taurus, live near me, independent and must love cats, spiritual. This was my criteria. When I saw her, I saw that she was taller than me, had brown hair, blue eyes , tattoos and piercings. I later found out she had a cat (her favourite animal), she live around the corner from me (I could walk to her place) lived with flatmates, was spiritual and was a Taurus cusp Aries.

When we sat down, we just stared at each other. It was crazy, so strange. Just sitting there staring at each other. She told me she had been waiting for me and that it was about time I turned up, she had been waiting years. A clairvoyant told her that I would turn up, so she was patiently waiting for my arrival. The clairvoyant also told her that once you look into her eyes, you will know it’s her. She has the bluest of blue eyes, you will know instantly.

Over the next 2 months, we learnt everything we wanted to learn about each other. It felt like we were together in a past life and we quickly caught up with all our news and what we had been doing in this life time.

Our relationship just works, like a jigsaw piece that fits.

We are exactly the same, yet amazingly different and we compliment each others differences. We learn from each other and we understand each other. We will be together this lifetime and all the following lifetimes.

That was back December 10th , 2011 and we have been together ever since.