How To Avoid Clashes Over Cash 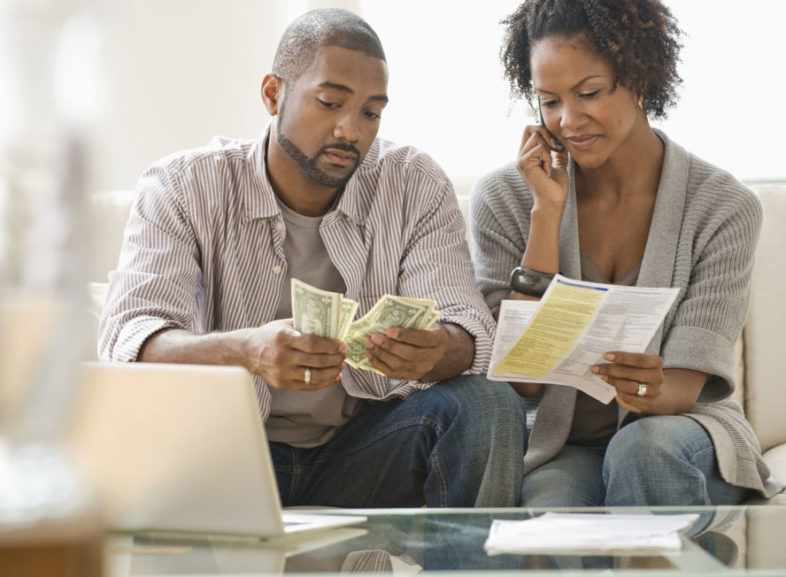 When it comes to relationship stressors, money (or lack of it) can cause havoc, but it is possible to avoid money issues and clashes over cash with your partner.

Money is one of the most important influences on relationships, unfortunately when we’re choosing Mr. or Mrs. Right most of us don’t think twice about whether we might be compatible where money is concerned. We come into a relationship with our own upbringing and set of values and attitude towards money and often it can be quite different to that of our partner but most of us don’t even mention the M word early in a relationship.

We’re so busy falling in love that money doesn’t matter and we’d happily spend our last cent on a fabulous dress or dinner for two at a fancy restaurant just to impress. In those early stages when we’re trying to make the right impressions few of us would admit to being credit card happy or so tight that you’d drive an extra 30Kms just to get an extra 10c off.

Money issues affect nearly every stage of relationships but if you’re arguing over cash it’s probably because:

One earns a lot more than the other:

Money determines your lifestyle so if one of you makes 100K and the other makes 30K you’re going to find it hard to agree on even the smallest things from where to go to dinner, your next holiday to which flat to rent.

The person who makes the money often has the power in the relationship and that can lead to resentment, especially if you have to ask for money or are made to feel guilty for spending it. (This often follows a big change in a relationship; you’re expecting a baby or one of you get’s sick or retrenched.)

Many men still feel pressure to be the one bringing home the bacon and earning less (or having you support him) can affect his self esteem and cause problems. There are also women out there that still think guys should pay, even if they’re earning a pittance compared to their salary.

If one of you is a money miser and the other a skin of your teeth spender you’re going to clash, especially if one of you wants to have a good time and enjoy life whilst the other can’t bear to part with a few dollars for a coffee.

You’re saving for a big-ticket item or your lifestyle has changed:

You’re saving for a house, about to get married or having a baby. These are fabulous times in your life but they can cause money issues if you don’t have a strategy in place.

Whoever said money can buy happiness, never had to pay the mortgage and feed the family without two cents to rub together. Lack of money applies pressure to a relationship and it’s then that the cracks start to appear.

One of you is more image conscious than the other:

It’s hard to convince someone who shops at Wallmart or Target that it’s worth spending a month’s wage on a bag or a pair of shoes.

Participants in a study commissioned by Smart Money said that when it came to arguments about money couples fought most often about debt, spousal spending and then their own purchases. They worried about saving for retirement, taking risks with investments and loaning money to the kids.

Strategies to help you avoid fighting over money:

A miser – Obsessed with your finances and knows where every last cent went.

She’ll be right skin of your teeth spender – You use one credit card to pay off the other, live from week to week in the hope wing and a pray that you’ll be able to scrape through. Never lets money (or lack of it) get in the way of having a good time.

Mr. or Mrs. average – You save, pay most of their bills on time and try to avoid spending beyond your means.

In love with money – You are fascinated by money, and get a kick out of watching it grow and multiply. Everything is a business transaction and you’d never loan money unless there was a $ attached.

2. Put yourself in their shoes and try to understand and acknowledge their spending style and the emotional reason behind it.

In a lot of cases our attitudes to money reveal a lot about us and run deeper than our inability to say no to a cute pair of shoes. By understanding the emotional need behind their spending you’ll not only get a better understanding of your partner but avoid a lot of arguments over cash.

What does their spending style really reveal about them and their emotional needs?

A money miser might be that way because they crave security and feel vulnerable when they don’t have money (or control of their finances), someone who’s overly generous and always shouts despite having no money may have a deeper need to be loved and liked, whilst someone who spends like there’s no tomorrow may have been brought up without and doesn’t want to miss out. You can’t change someone’s spending style if you don’t understand and acknowledge the emotional reason behind it.

3. Be honest about the problem

It’s all about managing expectations, defining the problem and not reading too much into it. If one of you is saving every last cent towards you’re new home and taking packed lunches to work and the other is still partying every other night and spending up big you may question their commitment or wonder if there is something else going on.

Perhaps they don’t want to get married or commit to you. Be honest about how you feel, what are you really upset about? That your partner goes to the pub with his mates or that he’s spending money that could be going towards your house.

4. What is the underlying reason?

What are you really scared about? That they’re spending money as a way of avoid commitment, not buying that house or because they no longer love you?

We often spend a lot more than we think so do a budget together and see where you stand and where your money is supposed to go. You’ll also be less likely freak out when a bill comes if you’re expecting it.

It doesn’t need to be big; saving for a dinner, small holiday or something bigger so that you feel as though you’re working towards something together.

7. Decide when you need to check in

Checking every time you buy a coffee would drive you nuts so agree on a limit, say anything over $200 and you check in and discuss with your partner.

Be prepared to compromise and meet each other half way.

Put a savings plan in place so that you’re prepared for any unforeseen bills, expenses and opportunities for fun and adventure.

10. Agree on whether to have at least a little of your own money

A study by Smart Money found that 64% of respondents merged all of their money into joint accounts when they got married. However, most financial experts it is good to have at least a little of your own money. This gives you independence and means that you’re not accountable to your partner for every cent you spend, which can cause control and resentment issues in a relationship.